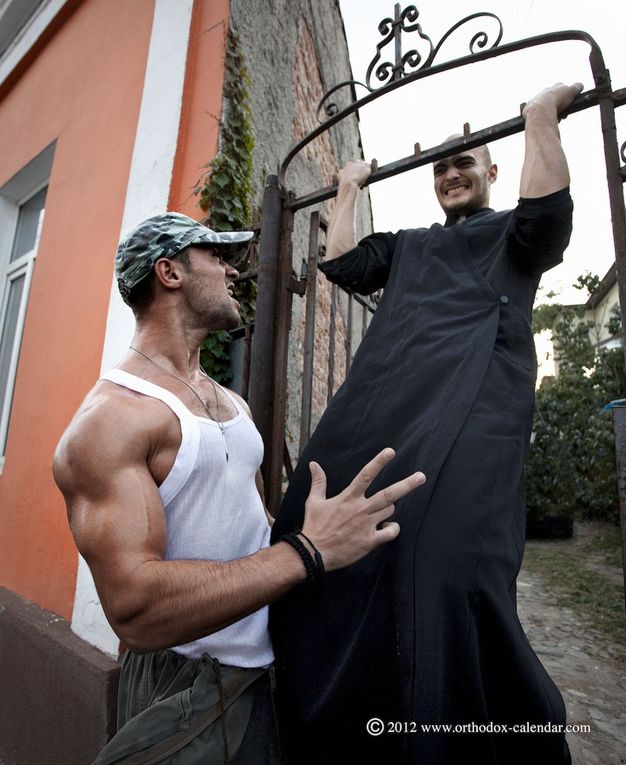 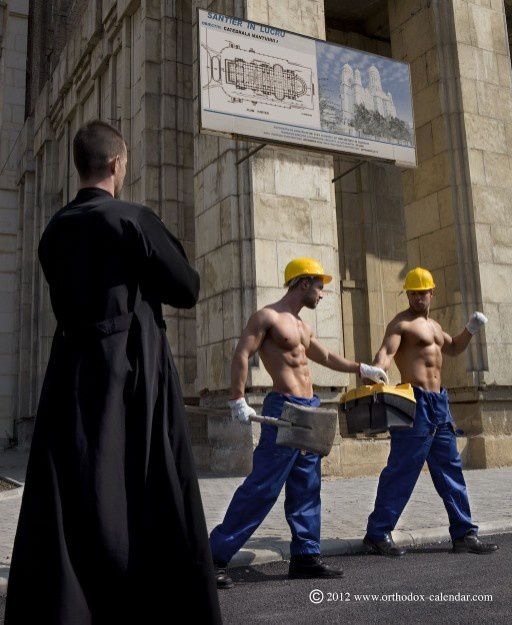 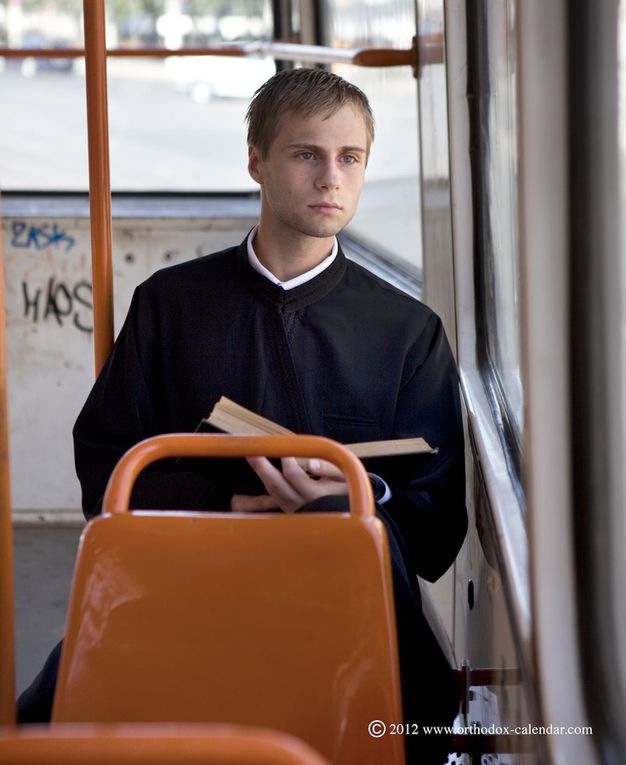 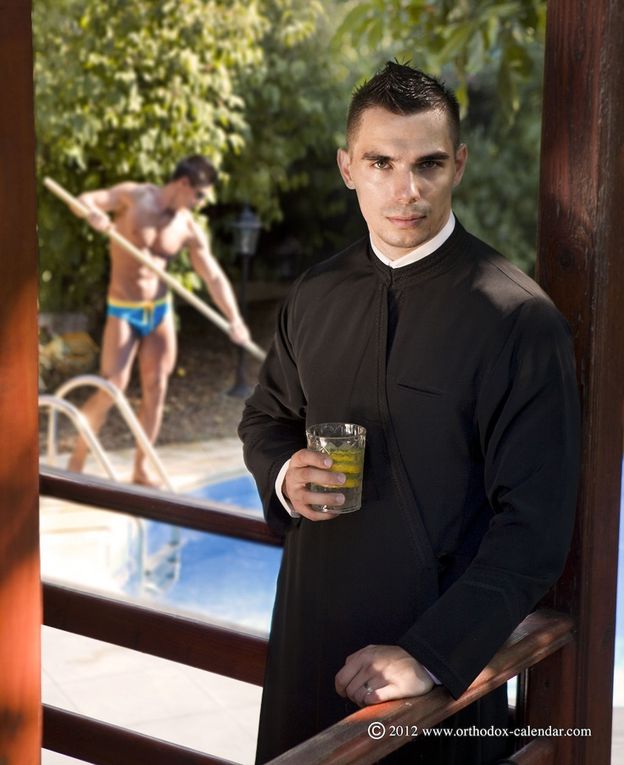 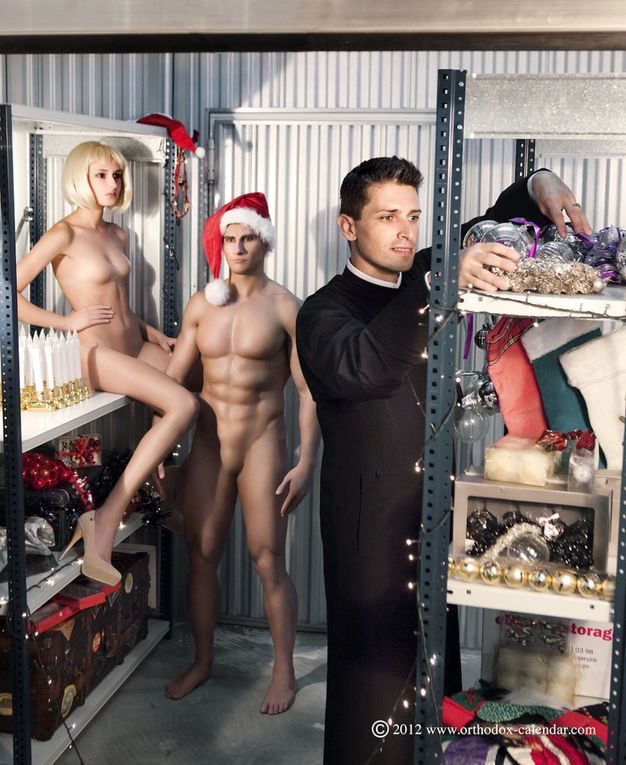 The 2014 edition of the Orthodox Calendar (#OC2014) pays tribute to gay life and marriage.

COVER : When Father Aleksandar is lucky enough to be able to stay late in bed, he enjoys reading the Bible; his mornings are generally hard.

January : After reading the Bible, Father Aleksandar dedicates himself to intense prayer. He prays for love, health, happiness and wisdom. He prays for the world to become a better place, for inner strength and for good luck to come. So many things he can pray for … and sometimes, prayers do come true!

February : The Patriarchy showers are luxurious and spacious but private and lonely. If Father Kirill could have shared a few laughs and few smiles with a brother, it would have soothed the deep loneliness inside him.

March : Father Andrii is the luckiest men in his parish. At home every day his breakfast is handmade by a skilled cook.

April : Father Yvan does not tolerate disrespect. You’d better not play around because you will end up cleaning his Church on your knees from top to bottom.

May : Father Gabriel knows that couples form in the most unexpected places; that day, he did something no one expected – and he did it twice.

June : You need time to build a relationship with God, and Father Pavel knows he is there to get you back on the straight and narrow.

July : Father Rurik spent a long morning washing away the sins of one of his most notorious congregants.

August : Shirts and suits were bespoke for the occasion, their ties were crafted from handmade silk, and their shoes designed by the top couturier in Milan. And that special day, Father Novak could not resist a temptation or two when he thought nobody was looking.

September : Father Vitaly is always eager to celebrate love, orthodox or not. But his favourite part is the cake. Who can blame him for the sin of tasting a bit of creamy frosting?

October : A newly married couple and their new house. Father Vadim will come any time of the day or night to bless a home … even if the happy couple is busy doing something else.

November : After a long day, Father Dragan hopes that one day their dreams will come true…to have a family.